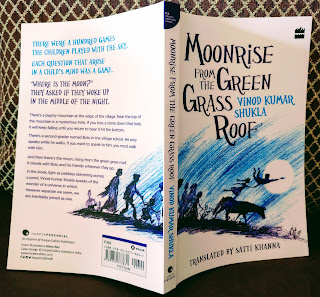 
Six-year-old Bolu could only talk while he walked. And when he walked, he had to talk. Like the Patrangi bird which talks when it flies and goes quiet upon alighting, Bolu was silent only when he stood still or sat down. That’s also when, he got lost in thought, unaware of his surroundings.

Bolu’s friend Bhaira (meaning ‘deaf’ in Hindi) would only respond to people who spoke to him in sign language. He was neither deaf nor dumb. It was his love for sign language that forced people to choose this mode of communication while speaking to him. Similarly, the only way to control Bhaira’s father Bajrang Maharaj’s foul temper was to speak to him using signs. Every time Bajrang Maharaj spoke though, the tiger in the forest would roar. Then there was the mysterious hole in the village’s pygmy mountain. The stones thrown in this hole kept falling for a good seven days, till the people who threw those stones returned to hear them hit the bottom. And there was the green grass roof of the house inhabited by a very old man and a very old woman. It was on this roof that the moon rose every night and became a constant companion of Bolu and his friends. 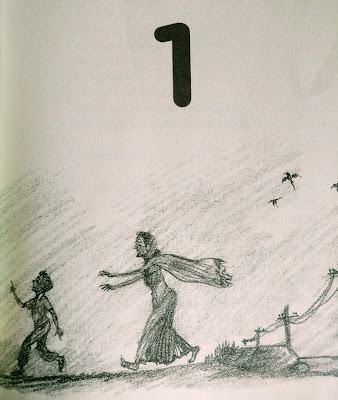 Vinod Kumar Shukla’s Moonrise From the Green Grass Roof (translated in English by Satti Khanna) is every bit the quintessential children’s book that encourages one’s imagination to soar. Through poetry, tons of tricky questions, illustrations and vivid descriptions, the writer effortlessly draws the reader into his wonderfully crazy world. Making one believe the unbelievable. And enthralling a child and adult alike!

Shukla is among the revered greats of modern Hindi literature, especially known for his poetry. All the same, the 80-year-old author’s novel Deewar Mein Ek Khirkee Rahati Thi won the Sahitya Akademi Award in 1999. While his novel Naukar Ki Kameez was made into a film by director Mani Kaul. His genre of writing has often been labelled as magic-realism. And although it’s true that one never quite knows what is a dream and what is for real in Shukla’s writings (Moonrise... being no exception), his stories do endorse the belief that your imagination can become your reality.

In Moonrise... Shukla personifies the moon, the trees, the writing sticks at the village school...! He creates outlandish situations, his imagination taking turns in delighting and disorienting the reader. But he successfully makes an alternate universe accessible. The illustrations before every chapter tingles one’s curiosity along with adding to the visual storytelling element in the book. Children are bound to enjoy this read.


As for adults, it might urge them to give the book a reread in its original Hindi version. The rich poetic texture of Shukla’s Hindi does seem to be getting lost in translation at certain junctures, despite Khanna’s earnest efforts as a translator.