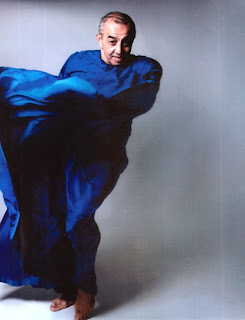 To see the man who introduced contemporary dance in India perform live is quite a feat in itself! Nothing like what would make up your idea of a dance, Astad Deboo presents a genre that gives an entirely new dimension to dance as an art form. It is like an abstract painting, vague in comprehension but open to individualistic interpretation. You may view it as a whole new discovery of the body with the marvelously elastic postures or an unconventional blend of Indian classical (Kathak and Kathakali) and modern dance forms.
At a time when words like ‘fusion’ and ‘contemporary’ were alien in India, Astad brought in an experimental wave, which broke the barriers of traditional dance concepts. And it is this daring nature of his work that has kept him away from the mainstream appreciation. From the day he left the country to become a somebody till today, when he is one, Astad in a way, remains the struggler back home. His prestigious collaborations with artistes worldwide may flaunt names like Pink Floyd, the Gundecha brothers and Pina Bausch but the veteran dancer/choreographer still awaits a deserved audience in his motherland.
In a leisurely tête-à-tête at the Max Mueller Bhavan, Astad talks at length about what sums up his life --- dance! “Contemporary dance is still in the infancy stage in India. It hasn’t taken off. I started the ball rolling in 1979 but there are very few of us who have and are looking at this new direction. There are no platforms in the country. The onus is on the presenter but the presenters here are petty. There is a lot of sucking up to do and I am not willing to do that,” he states clearly on a starting point. No wonder then that this pioneer of modern dance has to constantly pitch for himself even today despite having honours like the Padma Shri and the Sangeet Natak Academy Award to his credit. “Recognition is there but the problem is lack of support. The dance that I do is not popular, requires a lot of concentration and an open mind. Hence, the sensibilities have to be taken into account. I understand that you can’t thrust something on people but it is essential to expose the audience,” he stresses.
He blames the various channels of communication for failing to spread the required awareness. “There is an intelligent audience for it. But unfortunately we don’t have proper mediums to reach out to them. It’s sad and depressing how all the programmes on the small screen nowadays are only based on reality television. There is nothing on dance, art or literature,” he says with utter disappointment. 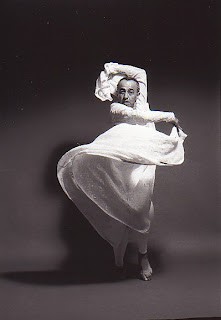 But one quarter in India, where the 63-year-old artiste has found tremendous support is that of the hearing impaired. Astad’s association with the deaf goes back 22 years, when he first taught his dance form to a deaf group in Kolkata called The Action Players. In 2005, he went on to perform at the Deaf Olympics with a group of 12 young hearing impaired women from the Clarke School of Deaf in Chennai and the journey goes on… “After globetrotting for eight years, when I returned to India, I wanted to conduct workshops and teach whatever little I had learnt and knew at that time. But no one was interested. It was frustrating! That’s when I came in touch with The Action Players. After conducting the first workshop for them, there was a certain curiosity and improvement from their end. That was the beginning and there has been no looking back ever since,” the dancer narrates. Being self-taught to work with the hearing impaired, he is about to start his own deaf group very soon. 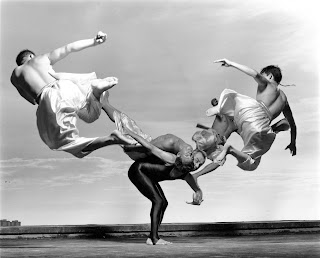 Continuing to merge social responsibility with art, Astad is currently training street children of the Salaam Baalak Trust and the Thang-Ta and Pung Cholom dancers of Manipur. “It has been very satisfying to work with the street kids and drummers of Manipur. The children took very well to my style of minimalism. Being used to the Bollywood style of dance, this was a completely different experience for them. And despite the music being of a very different nature and working with a monster like me, the kids kept bombarding me with one question: ‘when is our next show?’ The biggest compliment came when they told Darshana Zaveri after one of our shows in Mumbai, that the recognition and respect they have earned through this dance, they never did with the Hindi film songs,” he recounts. The strong bond that he shares with these kids is quite evident as he adds fondly, “The children know that I suffer from a Jekyll and Hyde syndrome. I am like this monster when we are rehearsing and an angel after pack-up. I hope I am able to bring this show with them to Pune one day.” 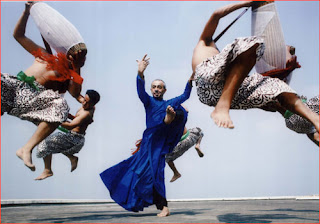 A major hurdle that Astad faces in terms of organising shows here is lack of funds. And to top that, he hardly has anyone backing him with the arrangements. “This is my 41st year as a professional and yet, I am pretty much the producer, fund collaborator, artistic director, publicist and everything else when it comes to organising a show,” he reveals with an ironic smile. His experimentation has often raised eyebrows, especially the rare combo of Kathak and Kathakali in his dance. Has he ever faced the risk of overshadowing his cultural roots in an attempt to mix them with the modern concepts? “No. My focus has always been on Indian dance. My dance is Indian. People think that you can do anything and call it dance but that’s not the case. You need additional dance vocabulary and education and that includes identification with the traditional styles. Hence, learning Kathak and Kathakali has been a part of the process of my creativity. And as far as merging them is concerned, there may be traces of different dance forms in one particular work but you have to look at it in totality. Many times people ask me ‘what is the message?’ and I tell them ‘I am no prophet’,” is his straightforward reply.
Talking about the future of contemporary dance in India, Astad doesn’t see this genre coming in the forefront for now. “It will be playing somewhere in the backdrop. But there’s always a hope that the coming generation will be more receptive towards experimentation and contemporary dance will finally find its due audience,” he concludes on a positive note.

Diti Shah said…
Hi,
I am Diti Shah, i work with the Times Group. I am looking for writers and your piece is really well-written. In case you are interested, could you please get in touch with me? diti.shah@indiatimes.com
September 12, 2011 at 1:35 PM