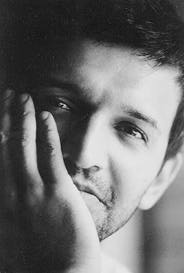 Look through his frames and one can’t skip the spark of tremendous creativity, a keen eye and just about the most perfect angles and backdrops possible, making each frame not only a visual treat but also a memorable experience. Aishwarya Rai never looked so beautiful, Shah Rukh Khan so macho, Amitabh Bachchan so intense, Akshaye Khanna so innocent, Karisma Kapoor so divine (and the list goes on…) as they did when captured on the camera of this ace lensman. Photographer Atul Kasbekar has certainly carved a niche for himself in the world of fashion photography, what with the illustrious Kingfisher Swimsuit Calendar being his brainchild. His elaborate journey in the field of photography cannot go unnoticed. Terming this very journey as “eventful”, he reminisces one of his rendezvous with legendary painter M F Hussain in Dubai. “When I met Mr Hussain, he narrated his entire plan for the forthcoming year to me --- what all he intends to do --- how he plans to make a film, etc. It was so incredibly inspirational for me to see a man at the age of 92 years constantly reinvent himself. Creativity has no bounds, no end,” he says hinting at the fact that he still has a lot more to achieve in life.
Starting off as a student of chemical engineering, Atul naturally drifted himself apart from chemical studies, which he hated, to call the shots with photography. He is among the very few whose works are featured regularly in top notch international magazines like Vogue, Elle, Cosmopolitan, L’Officiel and Time. Comparing the scenario of the lens art overseas and in the country, he cheekily says, “It’s definitely more of the cutting edge sort abroad. You can get away with a lot of things there whereas it’s more restricted out here.” Though a bit restricted but this master photographer did manage to bring in the extravagant and bold concept of the Kingfisher Swimsuit Calendar in India and make it a cult phenomenon too. “This was a vacant space that I thought could be utilised well. People were skeptical about it in the beginning but now the word calendar has become synonymous with Kingfisher. Everything is done with such elegance, whether it’s clothes, locations or production designs! So much so that a lot of Bollywood folks are also wishing to be a part of it,” he reveals.
﻿ ﻿  Talking about the evolution photography has gone through over the years, Atul maintains that the sudden entry of digital cameras cannot make anybody a photographer. “A wise man has said ‘no typewriter ever wrote a great novel and no camera has ever captured a picture by itself’. So it all depends upon the operator,” he points out. Most of his pictures have a strong element of either nature or the colours black and white. “I wouldn’t say black and white is a fetish but when you eliminate colour, a picture gets a certain soul. And about nature, I am an outdoor person. I call myself an ‘urban cowboy’,” he states jokingly.
Out of all the endless celebrities and well-known personalities he has shot, Atul surprisingly has no favourites. “I enjoy people. It’s more about exchanging energies for me. Frankly, if I would have to shoot girls in bikinis all year round, I would get bored. Hence, I can’t pick any one. Also, I take myself as a spunge, who believes in picking something up and learning something from each person.
“But yes, I would love to shoot writer Arundhati Roy and have regrets of not shooting people like J R D Tata and Dhirubhai Ambani. Also, fine art is one area I want to dabble in,” signs off the wonder lensman with a wishlist.