Doing her own thing: Meghna Gulzar 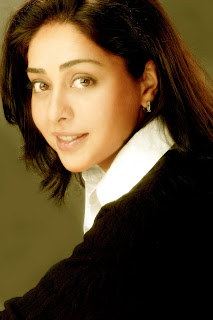 As the daughter of revered writer-lyricist-director Gulzar and doe-eyed Rakhee, one of the most beautiful and successful actresses of her time, Meghna Gulzar surely has a tough legacy to carry on. We caught up with the writer-director herself while she was in the city and she agreed to feeling the burden of matching up to her parents. “When your parents have a body of work, there are a lot of expectations that you have to live up to,” she said. Nevertheless, she seems secure in her space and is in no hurry to reach the top as far as the rat race is concerned.
After Filhaal and Just Married, Meghna’s last directorial venture was one of the ten short stories starring Amrita Singh and Minnisha Lamba, titled Pooranmasi, in Sanjay Gupta’s Dus Kahaniyaan, after which one hasn’t seen her at all. Meghna provides an instant explanation, “Well, I write my own scripts. So it does take a while. I am working on two scripts currently, which should materialize this year.” Talking about Filhaal and Just Married, which did garner critical acclaim but failed to make a mark at the box-office, the talented daughter of Gulzar says, “I can’t think about the box-office fate while making a film. I might as well risk that and be true to my craft and sensibility. My films have a certain restrained sensibility, which may not go down well with everyone. They are not flamboyant. A lot of people told me that Filhaal (which was based on surrogate motherhood) had a strong message but was ahead of its time. But I had rather be ahead of time rather than lag behind. Besides I am no flag bearer. I make films that interest and move me.”
Seeing the evolution that has come across in the industry, Meghna is only glad. She is not only thankful for the kind of cinema that is being appreciated now but also the fact that there are a handful of female directors who have taken centre stage as filmmakers. “Fortunately things in the Hindi film industry are very different now. The language of cinema is changing, thanks to the new breed of producers, including corporates who have entered the scene. The stereotypical films have come of age and one of the most important factors about today’s films is that they are not restricted to age. Also, when I started off eight years ago, there was hardly any woman around to call the shots. But today there are quite a few,” she points out.
The perspective about men ruling the film industry whether in terms of acting or filmmaking may still exist, but Meghna strongly opposes that and fails to see it as a debate as she believes that talent is above gender. “Frankly, this entire comparison between male and female directors is created by the media. I don’t think the difference really exists. As a filmmaker, when I am working on a film, I don’t see myself as a woman. Gender goes out of the window or else I will never be able to do justice to the male characters in my film. Take Sanjay Leela Bhansali’s example. When you see his films, which have all strong women protagonists and characters and have captured the essence and emotions of women in the most beautiful manner, it would be hard to imagine that they are made by a man. Same is the case with women directors. Though I agree that the films made by women would be slightly different as far as the texture and sensibility is concerned, but that isn’t such a bad thing after all,” states the straightforward filmmaker.
Out of the recent films that she has watched, Meghna is all praise for Zoya Akhtar’s Luck By Chance and Danny Boyle’s Slumdog Millionaire. “I loved Luck By Chance. And Slumdog... had one of the most commendable screenplays. The screenplay was the silent star of that film,” she says. Talk about her father being nominated for the Oscars for the lyrics of the song Jai Ho in Slumdog Millionaire and the proud daughter is elated. “I am very excited and immensely proud of him. But he being him, he won’t go for the awards,” she says with a tad disappointment. So would she had gone for the awards? “I would have definitely gone to make the most of the moment, only if my father would have accompanied me. I will never go on behalf of him,” she signs off.