Onir in a candid chat 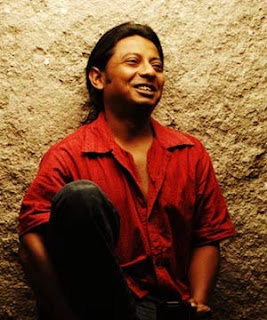 Director Tarun Mansukhani recently claimed that he is the one who got a hitherto taboo like homosexuality out of the closet through his film Dostana but one can’t ignore the sensitivity with which Onir dealt with a relationship between two men in My Brother Nikhil, way before Dostana saw the light of the day. It was he who actually brought this delicate subject into the limelight and in a rather serious way. With the Delhi High Court giving its nod to decriminalisation of homosexuality and abandoning Section 377 in the Indian law, we thought one of the happiest people after Celina Jaitley would surely be the young director/writer. But to our surprise, when we met Onir, he seemed rather casual about it if not completely indifferent and the reason was rightly so. He thinks that although the verdict is a very important step, it’s sadly not going to change anything in the Hindi filmmaking process.
“The verdict is definitely significant. For the very first time something like this has happened and I’m sincerely hoping that the government doesn’t oppose it. Also, I hope this message doesn’t stay restricted to Delhi alone and spreads across the country. But according to me, this is not going to have any particular impact on Bollywood,” Onir states very clearly. He goes on to explain, “The portrayal of homosexuals in Hindi films have mostly been caricaturish. Bobby Darling is an image that is considered to represent the gay community here. So it’s purely used as a tool to make fun.” Ask him about his views on Dostana and he rolls his eyeballs giving a rough hint whether the film is even worth mentioning or discussing about? “You know India, as a society, was never homophobic. Even after the British left,” he points out. “I still don’t understand what is so funny in two guys holding hands or even a guy or girl for that matter? Holding hands is a gesture of pure affection. It doesn’t necessarily mean that you are in love with that person. Every community, whether it’s homosexuals or the minorities, has their own peculiar lifestyle and behavioural patterns. I don’t see any reason why they should be made the butt of jokes? Laughing with people and at people are two different things. When you laugh at someone, that’s when the divide is drawn,” he continues in a matter-of-factly tone.
Onir feels more than a law, it is the society’s acceptance that plays an important role, with films and otherwise too. Hence, even after homosexuality being decriminalised, Bollywood will continue making a joke out of it. “Unfortunately, Hindi films do not enlighten. They show only what people want to see. The best example is the latest release Kambakkht Ishq. The male-female relation portrayed in this film is very regressive but the audience is fine with it. It churns out the required money. Ultimately the film industry largely works on that basis,” he says sarcastically. Who better than him to understand box-office failure? Except for My Brother Nikhil, both his other films, Bas Ek Pal and Sorry Bhai, didn’t garner a favourable response at the BO. “Well, I don’t think My Brother… also did that well…,” he adds cheekily. But it did touch hearts, we complete it for him.
So what went wrong with Sorry Bhai? “Sorry Bhai was a major setback as it released after the 26/11 terror attack. But I am happy that I atleast made something I believed in. I know the kind of films I make and they don’t always have mass appeal. They are often dark and don’t find place in our hypocritical society. Nevertheless I do analyse what went right and wrong with my films and I am slowly and steadily discovering myself. I want to create a language of my own and an audience for my films,” he says. Onir, for whom the subject of a film is more important than the genre, is currently working on a series of five short films, which are interconnected with each other. They are all based on real life and one of them also deals with child sex abuse. After completing these, he will start work on another love story, his forte. “This one is adventure oriented, with mountaineering and stuff like that. But it will also have an element of sadness in it,” the filmmaker concludes.