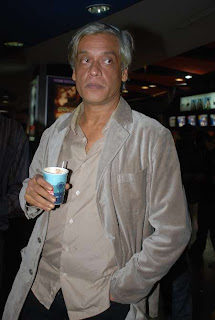 One person who is really happy with the emergence of small films in Indian cinema is director and screenwriter Sudhir Mishra. The man behind critically acclaimed films like Hazaaron Khwaishein Aisi, Chameli, Is Raat Ki Subah Nahin and Khoya Khoya Chand, says directors like Anurag Kashyap, who are breaking barriers and making films that they believe in, are his inspiration.
“All these young directors used to say that I am their inspiration but seeing the kind of work they are doing, I would say they are my inspiration and I thank them for that. I call them ‘independent in the head directors’,” he says beaming with pride. The filmmaker feels that the parallel movement of films with a niche audience, which earlier existed in different places all over the country, is now finding a strong foothold in the same market place. “There will always be big films and there will always be stars but if all kinds of cinema co-exist, ours would be a wonderful country. I grew up loving Clint Eastwood and Amitabh Bachchan,” he points out.
Among the unconventional lot, the filmmaker is all praise for Kiran Rao’s Dhobi Ghat and gives a lot of credit for its success to Aamir Khan. “Dhobi Ghat is a very brave film. And Aamir is doing just the right thing. He is creating an atmosphere and using that to make space for all kinds of films. I think he is wonderful. Ok, I won’t praise him any further since he hasn’t done any films with me yet,” he jokes. Yet another director with Aamir on his wishlist, we sigh! So has he approached the actor for any film? “Not yet. But I will,” he hints.
For now though, Sudhir was content working with Irrfan Khan in Yeh Saali Zindagi. “The hallmark of an actor is when he knows not to act. Irrfan is well aware of the fine nuances of acting,” he praises the actor dime to the dozen. He also claims Yeh Saali Zindagi to be his “happiest film” to date. “It’s a roller-coaster ride. A deeply felt and emotional film. You will be exasperated by the end of it but you’ll come out smiling, I guarantee that!” he assures. The film marks a comeback of Chitrangada Singh too, who made a promising debut with Hazaaron Khwaishein Aisi, one of Sudhir’s most sort after works. It also stars Arunoday Singh and Aditi Rao Hydari.
For its abusive title and 22 kissing scenes, Yeh Saali Zindagi has come under the censor board scanner, like majority of Sudhir’s films and has been given an ‘A’ certificate. Meanwhile, his film Tera Kya Hoga Johnny (starring Neil Nitin Mukesh, K K Menon and Soha Ali Khan), which was supposed to release last year but got postponed after getting leaked on the net, is set for release in April end.
On a parting note, we ask Sudhir if he will ever make anything of the scale of Hazaaron Khwaishein Aisi again, a film that is synonymous with his name. “Who will finance a film like that now? It was not a cool film with many takers,” he signs off, disappointing us.