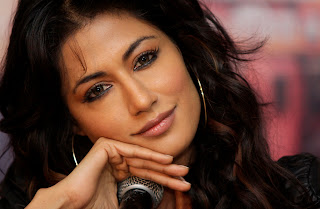 Ravishing looks, unconventional attitude and an air of intelligence --- Chitrangada Singh exudes the kind of charm, which is somewhat unfamiliar with a mainstream Bollywood actress. She is very curt to questions on her personal life, not dismissing them off completely but at the same time leaving a hint that she’s not going to entertain them. All that she’s here for is some serious work: promotion of her upcoming film Yeh Saali Zindagi with her maiden director Sudhir Mishra.
Hence matters like managing a career, motherhood and a long distance marriage side-by-side hold little significance for her. “I am doing fine on that front. Happy to be back and will continue to do what it takes to be in the industry. I have always wanted to be here,” the actress said firmly, while she was in town on Friday. It’s been two years that one saw her on the big screen, her last film being Onir’s Sorry Bhai in 2008. Having done all of three films in eight years with long breaks in between each of them, Chitrangada seems to be finally making a comeback, sans any disappearances from here on, with Yeh Saali Zindagi. And what better way than to start her second innings with the filmmaker who gave her the most memorable debut with Hazaaron Khwaishein Aisi. 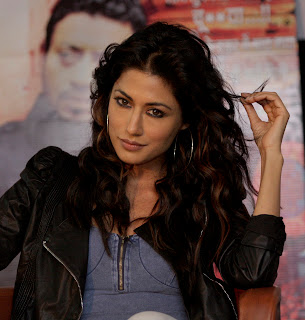 “I am playing a singer called Preeti in Yeh Saali Zindagi. She wants to be a rockstar. Every character in this film is left at the edge and so is mine. That’s what makes the characters and this film interesting,” she reveals. Having had an extremely unconventional foray into Hindi films, Chitrangada has evidently confined herself to parallel filmmakers like Mishra and Onir. Tell her that and she quickly clears the misconception. “I want to try my hand at different things. I am willing to do all kinds of films. People have the tendency to categorise you but my goal is to break those categories. It’s a great time for Indian cinema. There is place for everybody here and there’s an audience for films of all genres, right from Golmaal 3 to Dhobi Ghat,” she explains.
So does that mean she would give a nod to Golmaal if she was offered? “Hmmm… I can’t imagine myself in Golmaal at this point,” she says reluctantly. “You know we actors like to play it safe. You always fear of doing something which people may not like. So going by that, I believe in taking baby steps and I am,” she adds with a charming smile. Her personal taste in movies ranges from historicals to rom-coms. “I usually like to watch films like Umrao Jaan. Also, I have seen As Good as It Gets (starring Jack Nicholson) umpteen number of times and I love Legends of the Fall, what a beautiful film! Not many people have seen it though,” she tells us.
Her stunning resemblance to Smita Patil has undoubtedly been the biggest compliment for Chitrangada. She has been constantly compared to the leading lady of parallel cinema in the ’70s, especially after her role in Hazaaron Khwaishein Aisi. “I am honoured with that comparison. When I look back, that role and even the film for that matter had no frills attached. Yet it made an impact. Good cinema survives,” she states.
Meanwhile, the actress is looking forward to a lot more that’s in store for her. A ‘drama comical’ with John Abraham, which is yet untitled. And Desi Boyz with Rohit Dhawan, son of comedy king David Dhawan, who will make his debut as a director with the multi-starrer, also featuring Akshay Kumar, John Abraham and Deepika Padukone.