The man of satires: Saeed Mirza 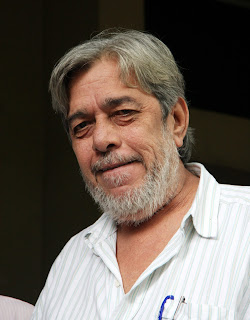 Mohan Joshi Hazir Ho!, Albert Pinto Ko Gussa Kyon Aata Hai, Salim Langde Pe Mat Ro, Nukkad… Saeed Mirza’s these critically acclaimed satires brought in the wave of parallel cinema in the ’80s. Full of angst and touching upon various societal issues, his works are considered as the pillars of meaningful cinema in our country, even today. After making Naseem, his last film in ’95 which dealt with the Babri Masjid episode, the writer-director vanished from the film scene, leaving the section of the audience that devoured his films, disappointed.
Speaking to the writer-director, we tell him how much his films are missed and that one looks forward to his return to his forte --- filmmaking. But Mirza dismisses the former notion. “Who misses my films? Which audience?” he questions matter-of-factly. “The way we look at cinema now is very different. All the anger is gone. Films today don’t choose to question. We have become incredibly complacent. Filmmakers target an audience which only comprises of the middle and upper middle class. We don’t make films for the common man anymore, turning a blind-eye to issues. An entire section of the country is ignored. I have walked away in disgust,” he says agitatedly, explaining the reason for his self-imposed exile.
Mirza maintains that entertainment is an essential element of a film but along with that, it should touch upon something. “It should be something that excites you, activates you in some way,” he highlights. Citing an example, he applauds director Abhishek Sharma for making Tere Bin Laden. “It destroyed the concept of terror with humour. What I liked about the film was that whole discourse which dismissed off the debate of the myth called Osama bin laden. That is what is required. Dev D was an another archaic film. These are the kind of films that should be made today,” he stresses.
Not happy with the current scenario in the industry, Mirza has moved to Goa with his wife and found solace in writing books. “Cinema is not that important to me anymore. Writing is. I sit in Goa, have a drink, write books and travel. I make films once in a while. I am working on one called Ek Tho Chance. It weaves in several narratives about the city of Bombay. There are around 45 actors, no stars. It’s a mix of theatre artistes from all theatres… Hindi, Gujarati and other languages,” he informs. Now that’s some good news for everyone who has loved his films.
As for writing, the filmmaker-turned-author has written an autobiographical book called Ammi: Letter to a Democratic Mother which reflects Mirza’s memories of his late mother. He is currently writing The Monk, the Noah and Moses, a transformation of ideas from the 7th century to the 15th century. Wishing him luck for his literary journey, we nevertheless await Ek Tho Chance, a comeback to his cinematic one after 15 years.