Magic of no great expectations 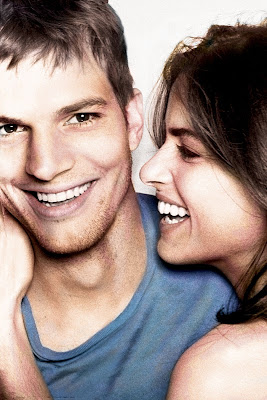 The thrill of experiencing little joys in a relationship, when least expected, makes the journey of being together a lot more exciting. Try keeping the burden of expectations aside and enjoy the fun.

Its 6pm. She looks at the watch, bites her nails and grumbles, “He still hasn’t called. It’s been 10 hours when we last spoke. I expect him to call me every five hours if nothing!”
A guy decides not to celebrate his birthday and prefers to mourn instead, reason being his girlfriend failed to give him any surprises. “The least she could have done was buy me a gift. Was that a lot to expect?” he wonders.
Blame all the misery and disappointment of the mentioned lovers and countless others like them on the four letter word (love)…or rather on the 12 letter one that the former inevitably tags along with it --- Expectations! “I need my attention no matter what”, “he has to take me out every weekend”, and it goes on. If this long list of expectations figures between your lover and you too, do ‘expect’ your relationship to reach a dead end soon. Imagine your partner doing everything for you that you already expect of him/her. How boring would it get, won’t it?
On the other hand, if you choose the path full of ‘unexpected’ delights, where both of you end up doing stuff for each other without either one expecting anything, what a veritable surprise package your love life would be at every step! “True love is unconditional, which means there are no conditions and expectations. A relation with expectation is like the gift with a ‘Jack in the box’. One tries to open the box with great expectations and ends up getting punched or scared,” jokes Avinash Dalia. He continues, “On the contrary, without expectations, it’s always a win-win situation for both. You don’t expect much and yet, each day seems to be rewarding.” He gives an example: “My girlfriend kept telling me that she wanted an iPod and when I actually gifted her one, there was no excitement whatsoever on her part as she knew it was coming her way. As opposed to that, I was too shocked and blown away when she gifted me something that I really like out of the blue, without me telling her anything about it.”
According to Sonia Sethi, a relationship can’t be completely ‘expectation free’ and is most certainly governed by some expectations. But despite that, a couple can ease out on a lot of unnecessary stress if they do away with the little hurdles. “Like don’t expect him to call 20 times in a day, that’s really foolish. Let him call when he feels like and you do the same. In fact, I feel talking to the person day in and day out can create problems as the eagerness to talk fades off after a while. Also, I totally believe in hanging out with my girlfriends every alternate weekend than spending all the free time with my boyfriend. It’s good to maintain a certain distance and let the opposite person miss you from time to time,” she opines.
“Not having expectations from a relationship creates a ‘what’s gonna happen next?’ kinda factor. So anything then seems interesting,” feels Pihu Tiwari. “This one time, least expected, when my boyfriend said nothing and simply turned up with a bunch of roses outside my college...the surprise of seeing him there was more amazing than the joy of receiving roses from a loved one. If nothing is expected, tiniest things are appreciated. It’s funny but it’s lovely! The silliest of things can get a smile on your face --- like cooking a meal together, taking a day off, showing up out of nowhere,” she adds.
Ditto with Joshua D’mello whose relationship got romantic by the day, thanks to the unexpected behaviour of her girlfriend. “Before meeting her, I was of the opinion that girls today are career oriented. So I never really expected my gf to cook and al for me. But she surprised me. Apart from being a co-worker in office, she would drop in a little early at work to cook up breakfast for the two of us and we would enjoy the quiet time together. She also had a habit of leaving handwritten letters in my room, totally unexpected, totally cool!” Joshua narrates fondly.
Being happy in waiting for the expected or reaping the bonus out of the unexpected --- take your pick!